Bryant Stibel Fund Grew from $100M to $2B | StartupNames.com 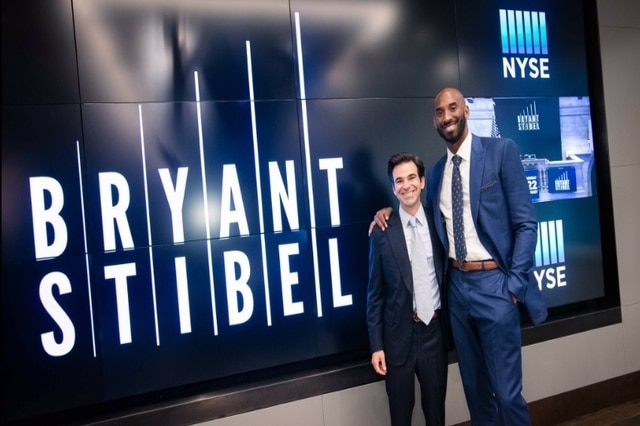 “Our Bryant Stibel fund grew from $100 million to $2 billion in 6 years”: Kobe Bryant and business partner, Jeff Stibel, once revealed the immense success of their venture capital fund

On CNBC, Kobe Bryant and his business partner Jeff Stibel announced that their venture capital fund had expanded from $100 million to $2 billion.

Kobe Bryant’s determination to be the best in all aspects of life, not just on the basketball court, set him apart. By trading for him on Draft Night in 1996, the Los Angeles Lakers made one of the most important decisions in team history, as he went on to win 5 championships for them over the next two decades and solidify himself as a character larger than life.

Taking his talents away from the court, though, Kobe Bryant was a remarkable man in everything from production to story-telling to, of course, investments. He co-founded the Bryant Stibel venture capital fund with entrepreneur and business partner Jeff Stibel in 2013 and hasn’t looked back since.

Both Kobe and Jeff made investments in LegalZoom and BodyArmor. The latter of the two was a straightforward $6 million investment that yielded $200 million once the company was acquired by Coca-Cola to compete directly with Pepsi’s Gatorade.

Kobe Bryant and Jeff Stibel grew their fund to billions of dollars.

In Bryant Stibel, Kobe Bryant and Jeff Stibel discussed several facets of their cooperation on CNBC. They began with a bold assertion, claiming that their fund had grown from a “mere” $100 million to a huge $2 billion.

“We had about 18 active, had about 10 exits so it’s been incredibly successful and we’ve watched the fund grow from about 100 million dollars to now over $2 billion, so it’s exciting,” said Stibel.

An exit occurs when a venture investor or a business owner decides to exit an investment and get the proportional amount of money invested as a stake in that company, whether profit or loss.

Stibel claiming that he and Kobe Bryant had over ten exits with their fund increasing in value only suggests that they made a lot of money for themselves and the companies they invested in. It’s also worth noting that the 6-year period cited is due to their fund’s inception in 2013 and the airing of this interview in 2019.