Crypto with a Brighter Future | StartupNames.com 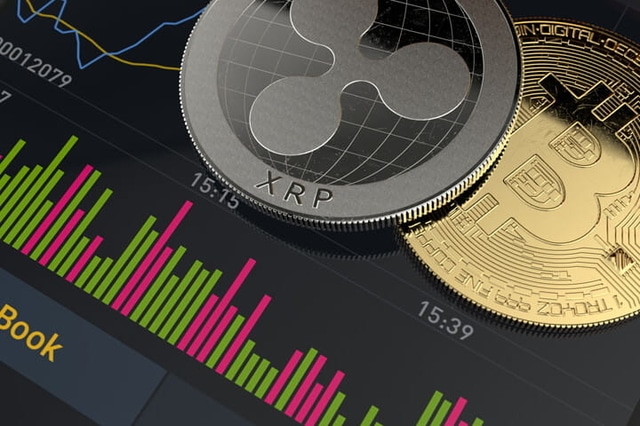 TOP 10 CRYPTOCURRENCIES WITH A BRIGHTER FUTURE THAN BITCOIN

Ethereum is not the same as bitcoin. Crypto has recently broken records, stabilizing its market position. Its network allows developers can use the ether network to generate their own coin. Despite the fact that it was established years after several other cryptocurrencies, its unique technology has allowed it to considerably exceed its market position. It is one among the most promising cryptocurrencies that will begin a bullish rally by the end of the year.

Due to its flexible network and quick transactions, Cardano remains one of the most popular cryptocurrencies. It claims to be more environmentally friendly than other currencies. It, like stock dividends, can justify higher pricing over time as it gains real-world applications, ranging from agriculture supply chains to preventing retail theft. Its main selling factors are scalability, sustainability, and interoperability. The facility can now develop smart contracts on its network thanks to a recent network upgrade.

Tether tokens are the most extensively used stable coins, as they were the first to introduce the concept in the digital token arena. Tether Tokens encourage and empower developing businesses and innovation across the blockchain ecosystem, acting as a disruptor to the traditional financial system and a pathfinder in the digital application of traditional currencies. Tether Tokens are digital tokens that are built on a variety of blockchains.

DOGE rose to prominence following months of criticism for being little more than a meme coin, thanks to Elon Musk’s title as the “Dodgemaster.” Nobody expected this coin to gain legitimacy and become a long-term investment for other cryptocurrency dealers. DOGE has gained popularity this year and is one of the most cost-effective cryptos available. Dogecoin is being considered by several crypto specialists as a possible investment opportunity.

Stellar is another open-source project that allows its users to produce, transmit, and trade all types of digital money. It is a large-scale project that claims to be capable of supporting all of the world’s financial institutions. The XLM network is kept in sync across devices thanks to blockchain technology.

In the present crypto exchange environment, Binance is the most well-known cryptocurrency exchange. The Binance smart chain, however, is what makes BNB more appealing. It, like Ethereum, has a programmable blockchain, and project developers can use the Binance trading platform to interact with possible investors. However, it should be mentioned that Binance is primarily attacked for its centralized approach.

Litecoin was founded in 2011 by Charles Lee, a former Google programmer. Litecoin, like Ethereum, is a Bitcoin hard fork. One of the minor differences between Litecoin and Bitcoin is transaction speed, which is faster. If Bitcoin blocks are generated every ten minutes, Litecoin blocks are generated every 2.5 minutes. As a result, Litecoin can handle more transactions than Bitcoin.

Polkadot is a cryptocurrency and open-source blockchain platform. It connects and interoperates blockchains by allowing separate chains to securely exchange messages and conduct transactions with one another without the need for a trusted third party.

Meme coins, according to experts and crypto researchers, may not be a good long-term investment. However, given the potential of meme currencies in 2021, it may be worthwhile to invest in top meme coins such as Shiba Inu. SHIB’s market value increased by 481,000 percent in 2021. Well, for a contentious coin like SHIB, this can be considered a start. Other than Bitcoin, it is one of the best cryptocurrencies with a promising future.

Monero was founded in 2014 as a split from Bytecoin, which was launched in 2012. It was originally known as BitMonero. Monero takes pride in being decentralized, secure, and private. Unlike Bitcoin, where transactions can be tracked back to the sender, Monero employs powerful cryptography to conceal the identity of those involved. The Monero blockchain is home to the crypto currency XMR. It follows Bitcoin’s proof-of-work mechanism.