Guide to Crypto and Blockchain | StartupNames.com 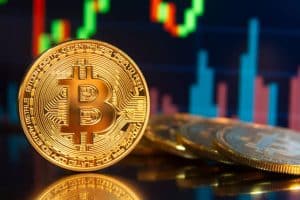 The Complete Guide to Crypto, Bitcoin, ApeCoin and Blockchain Technology

Explanation of the digital transformation.

Cryptocurrency is a form of digital money that is not regulated by any government or agency. Cryptocurrencies are created through processing power rather than being printed.

Mining is the process by which cryptocurrency is created. Mining entails using computer processing power to solve difficult arithmetic problems. The miner who solves the challenge is paid in crypto coins, which they may use to purchase products and services on the internet.

The art of writing in secret code is known as cryptography. It has been used to secure sensitive information from hackers and other hostile attackers for millennia.

What is the blockchain?

The blockchain is a distributed ledger that records transactions across many computers and cannot be changed retroactively without affecting all following blocks and requiring network collusion.

The blockchain was originally designed to track Bitcoin transactions, but it may now be used to track any type of value transaction. It’s similar to a general ledger or database in this regard, but with one major difference: there’s no central administrator. A peer-to-peer network keeps the blockchain running by following a protocol for validating new blocks.

The basic process of acquiring cryptocurrencies

Cryptocurrencies, as previously stated, are a type of digital currency that is created and held electronically. They are not printed like paper money and only exist as digital data.

Cryptocurrencies employ encryption techniques to control the creation of currency units and to verify the transfer of funds without the assistance of a third party, such as a bank or other financial organization. Bitcoin was the first cryptocurrency, created in 2008 by an anonymous person using the moniker Satoshi Nakamoto.

What is a digital wallet?

Satoshi Nakamoto developed the first digital wallet in 2009. It was the world’s first cryptocurrency wallet, allowing users to send and receive bitcoin transactions.

Since then, several various types of wallets have been developed, each with its own set of features and functionalities. For instance:

How to store your bitcoins safely

There are various options for safely storing your bitcoins, but there are a few things to consider first.

The most frequent method of storing bitcoins is using software wallets. These wallets can be used on a computer or a mobile device. Because they don’t rely on third parties to host the wallet and don’t require you to provide your private keys with them, software wallets are usually more secure than web-based wallets.

However, you should back up your software wallet as often as possible, and make sure it isn’t connected to the internet while doing so – otherwise, someone could take your bitcoins without your knowledge.

Bitcoin is a worldwide payment system and cryptocurrency. It is the first decentralized digital currency because it operates without the use of a central bank or a single administrator.

Altcoins are alternative cryptocurrencies to Bitcoin (like Ethereum, Litecoin and Monero). They might be regarded of as the Bitcoin world’s “other half.”

Blockchain is a constantly expanding set of documents, known as blocks, that are linked and secured with encryption. A hash pointer to a previous block, a timestamp, and transaction data are typically included in each block. Blockchains are inherently resistant to data alteration by design.

To summarize, bitcoin is a great idea that will continue to evolve and be accepted by a growing number of people. It has no intention of going away anytime soon. The future of bitcoin appears to be on its way to becoming its most beneficial form, but it is not without risk.