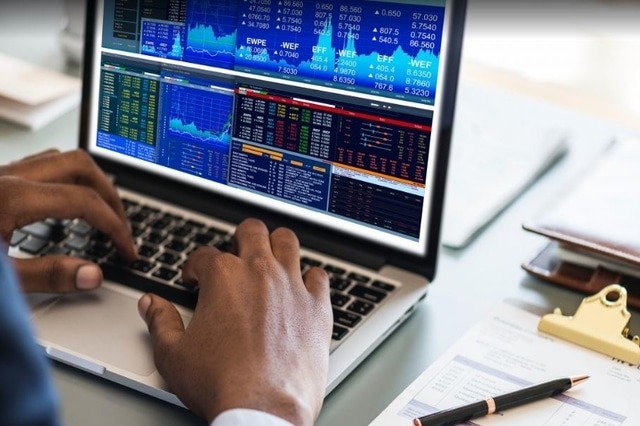 As the epidemic forces businesses to digitize their operations, the urge to gain value from company data has only intensified. However, many organizations lack the necessary tools. According to a recent Fivetran survey, 82% of businesses make decisions based on outdated data, with 85 percent claiming that this leads to poor decisions and revenue loss.

If manufacturers’ sales pitches are to be believed, stale data and the problems that come with it will soon be a thing of the past, thanks to the widespread adoption of real-time database solutions. In theory, real-time databases can provide rapid insights, allowing organizations to solve line-of-business issues as they arise and react to short-term changes.

Investors believe there is a sizable market for real-time databases, as indicated by the bigger and larger investment tranches. SingleStore, a company that helps businesses connect, analyze, and query their data as a single entity, raised $80 million in funding last September. Imply, another real-time database company, recently announced the completion of a $100 million Series D financing, valuing the company at $1.1 billion post-money.

OMERS Growth Equity, Bessemer Venture Funds, Andreessen Horowitz, and Khosla Ventures all participated in Imply’s round, which was led by Thoma Bravo. Fangjin Yang, co-founder and CEO, said the extra funds would go into product development and increasing the company’s headcount from 200 to 300 by the end of the year.

“The industry at large is upon the next wave of technical hurdles for analytics based on how organizations want to derive value from data. The first wave in the 2000s was trying to solve the large-scale data processing and storage challenges, which [tools like] HDFS, MapReduce, and Spark addressed,” Yang said in an email conversation with TechCrunch. “The second wave in the 2010s was then trying to solve the problem of large-scale query processing, which created the emergence of cloud data warehouses (e.g., Snowflake, Redshift, and BigQuery) and distributed SQL engines (e.g., Impala, Presto, Athena). Now, the challenge organizations are trying to solve are large scale analytics applications enabling interactive data experiences. That’s where … Imply comes in.”

Imply was started in 2015 by Yang, Gian Merlino, and Vadim Ogievetsky in Burlingame, California. Yang worked at Cisco as an R&D engineer, concentrating on networking optimization methods, while Merlino worked at Yahoo as a server software developer (full disclosure: TechCrunch’s parent company).

Yang, Merlino, and Ogievetsky met at Metamarkets, a programmatic advertising analytics platform that Snap purchased in 2017. While at Metamarkets, they created Druid, an open source, distributed data store written in Java that analyzes large amounts of real-time and historical data using a cluster of specialized processes.

In 2015, Druid, which is used in production by organizations such as Netflix, Salesforce, and Confluent, switched to an Apache license.

“What’s consistent across companies using Druid … is their ability to unlock more value from data, specifically real-time, streaming events,” Yang added. “Where cloud data warehouses are for reports and dashboards described by infrequent queries by a handful of analysts, Druid enables analytics applications that power interactive, live conversations with data with a limitless number of internal stakeholders and external customers at instant query response times.”

“From a business standpoint, the need for data-driven insights and applications has increased due changes brought about by the pandemic, which in turn has increased the need for Imply’s technology,” Yang added. “[I]nsights are no longer confined to a predefined set of queries in a report. Organizations can now take real-time and historical events at tremendous scale (e.g., clickstream data, cloud application and services metrics, and internet of things telemetry) for operational intelligence, for real-time recommendations, and for extending insights to their customers.”

Imply hopes to benefit as businesses turn to the cloud for database administration. According to Gartner, 75% of all databases will be deployed or transferred to a cloud platform by this year. Imply competes with PostgreSQL, Snowflake, Elastic, and Clickhouse, among other alternative databases and data warehouses, but Yang claims that the firm is sufficiently distinct by its high concurrency and “value” — particularly in the areas of streaming and batch data.

We’ll have to accept Yang’s word for it unless we see detailed comparisons of each platform. Imply claims to have over 150 customers, including Atlassian, Cisco ThousandEyes, InterContinental Exchange, and Reddit, for what it’s worth.

“Applications built on Imply’s database are accessed by many thousands of users,” Yang responded, when asked about Imply’s current revenue. “Druid is unlocking a whole new world of analytics use cases, and it’s creating tremendous value for organizations as they undergo digital transformations.”

To date, Imply has raised $215 million in venture capital.