When Is It Time To Rebrand? | StartupNames.com

Is It Time To Rebrand? Lessons from Meta, Block and More 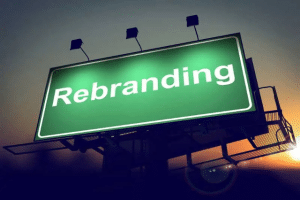 Many businesses altered and switched to a new business model when the pandemic began. Others changed their names, appearances, and even website names. Many people found themselves in both groups, altering their public image to reflect internal changes. Why now?

Our lives have changed dramatically during the last few years. Following the outbreak of the pandemic, several businesses quickly reacted and switched to a new business model. Others decided to liven things up by giving themselves a new name, look, and, in some cases, a new domain name. Many people found themselves in both groups, altering their public image to reflect internal changes. Among them were Facebook (now Meta) and Square (now Block), a mobile payment company.

Why now? While businesses rebrand for a variety of reasons, there are a few factors that have sparked this new trend. The following are possible explanations for the alterations, as well as takeaways if you want to capitalize on the present momentum and rename your own company.

When a company’s name or image becomes outdated as a result of external or internal changes, it is common for them to rebrand. A new consumer base, new products/services, or a merger or acquisition are all examples of internal developments that cause organizations to rebrand.

Mark Zuckerberg, the CEO of Facebook, said in October 2021 that the media behemoth would rebrand to Meta, a reference to the growing metaverse. Block, formerly Square, changed its name to better reflect its growing product line and interest in blockchain technology. Both rebrandings indicate to investors that the companies will devote more resources to explore these new frontiers, indicating that they are more than just the technology associated with their previous titles. Meta and Block, which were once considered self-contained platforms, are now key actors in the tech world.

Mergers and acquisitions that result in internal reorganization also force businesses to rebrand. Within seven years of purchase, 74% of S&P Global 100 businesses renamed an acquired asset – and with good cause. Brand Finance looked at all public acquisitions with a deal value of over $500 million from 2015 to 2020 and discovered that purchases that weren’t rebranded had a 56 percent higher chance of causing substantial business damage to the acquirer. Following a big internal transformation, rebranding can assist in establishing a new business culture and reorienting both employees and customers.

External cultural shifts, on the other hand, can cause businesses to rethink their long-term relevance, prompting them to rebrand. For example, the rebranding of Dunkin Donuts to just Dunkin can be explained by a greater shift in Americans’ culinary attitudes. According to Archer Daniels Midland research, 77 percent of Americans intend to become healthier in the future. Dunkin Donuts opted to delete the term Donuts from its name in 2019, becoming simply Dunkin, in order to stay relevant throughout this transformation, which is defined by a boom in plant-based diets and a rising aversion to sugar.

But the epidemic may have brought about the most significant changes of all. According to McKinsey, 75% of Americans have altered their buying habits and brands as a result of this, and countless firms have had to pivot their brand or value proposition to cater to a new audience and customer needs. While Meta’s relaunch was a strategy to capitalize on a burgeoning market while also avoiding the criticism around the Facebook name, it’s hard to believe this strategic change would’ve been taken so swiftly if we hadn’t been confined at home for a year. The benefits of the metaverse, according to Zuckerberg, will be “like we’re right there with people no matter how far off we actually are,” demonstrating a clear relationship to the real world.

Takeaways for your brand and business

Rebranding can be a wise approach to stay contemporary and represent company-wide changes to customers, as the businesses above demonstrate, but it can also be a major task. Fortunately, a little planning can go a long way. Here are some things to think about if you’re thinking about rebranding your company:

Determine the scope of the change: First, determine how much change your audience is willing to accept. While some businesses make minor changes, others, such as Block, have fully rebranded themselves. Block chose to change the name, look, and feel of their parent firm, but they kept their products the same. While the move was substantial for the corporation, it had little impact on the individuals who use their products and services, ensuring that customers were not alienated.

Consider your domain name: Your domain name is an important tool for communicating your new emphasis and values while rebranding. It’s easier to develop a consistent digital persona if your domain matches your new brand name. Choose a domain with no complicated prefixes, suffixes, or hyphens that is short, memorable, and descriptive. A descriptive domain is an excellent option since it uses significant terms to the left and right of the dot to convey your audience who you are and what you do. It aids in the retention of your new brand name in the minds of your target audience and customers. oat.haus and switchboard.live are two examples.

Consider your digital identity critically: Your rebrand should position you for success in a rapidly changing world, which necessitates considering potential disruptions. With the rise of the metaverse, it’s more important than ever for companies to have a unified identity that expresses who they are and why they matter. Concentrate on your voice, appearance, and domain name, and what each says to your customers.

Brands will continue to adapt their images as we recover from the pandemic while embracing new economic and cultural transformations — from the rise of blockchain to more social and health consciousness.

The world will continue to change, and those who seize the opportunity to gain new consumers, audiences, and markets will remain relevant, while others risk being left behind. Change will be met with opposition by some, while others will welcome the new normal and seize new chances. Which group will you be assigned to?