A New Blockchain Technology From China May Prevent Quantum Attacks 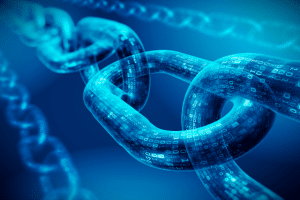 ChainMaker, a Chinese blockchain platform, recently announced that it has successfully developed a breakthrough technology that can withstand attacks from both traditional and quantum computers. The Chang’An Chain blockchain network, developed by the corporation, seeks to secure information transmission between financial forms, making online transfers more efficient and secure, according to its developers. The system was released in China in January 2021 as the country’s first autonomous blockchain platform, developed by the Beijing Academy of Blockchain and Edge Computing, a state-backed Beijing consortium.

The firm employed some of the most advanced technological algorithms. The digital list of records will be preserved in blocks, similar to other blockchain networks, with each block including the transaction time and date, which will be difficult to edit if detected. With quantum attacks becoming more prevalent, this project could be the ideal way for organizations to defend their blockchain networks. To defend against quantum computer threats, the business has created post-quantum cryptography and a quantum key distribution system based on classical cryptographic techniques.

To combat quantum attacks, the world needs considerably stronger, yet simpler encryption. According to rumors, the developer consortium has installed 96-core blockchain processors on the network, which make signature verification 20 times faster and smart contract execution 50 times faster. With China’s rising reliance on blockchain, this technology could be just what the business needs to advance.