Sell Your House in 2 Weeks Through Proptech! | StartupNames.com 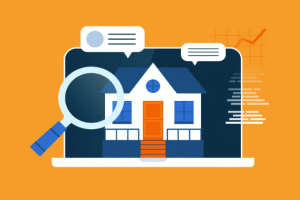 When it comes to selling a house, there’s a lot of things to do and work on. Market saturation, maintenance needs, regulatory requirements, and a lack of control, particularly with regard to time and money, result in constant uncertainty up until the purchase is finalized.

However, IIT grads Abhilash Narahari and Pritam Thakur in Ivy Homes began to assist you in focusing in on a purchase nearly immediately in 2021.

It doesn’t put your property up for sale like other proptech businesses do. The time it typically takes to sell a home dwelling (about six months to two years) is reduced to just under two weeks by setting up an inspection, making an offer (in three days), and purchasing the home.

“We do this with our proprietary pricing model that allows us to estimate the fair value of each home,” Co-founder Pritam Thakur says.

He continues by saying that the Bengaluru-based proptech startup wants to make the user experience valuable and convenient.

“The homes we buy are refurbished and sold again. As a company selling houses that it owns, we’re also able to add a lot of value in the buyer experience from scheduled home visits to easier legal diligence and faster home financing,” Abhilash says.

“We’d initially looked at building something on the data intelligence side but realised very soon that we need to own the transaction to really improve and enhance the consumer experience. This led to the launch of Ivy Homes. We are on track to acquire more than 100 homes by the end of the year,” Abhilash adds.

The business has devised a pricing algorithm that bases price on up to 80 different factors.

“We’ve had to build ground up the data infrastructure layer, including details of past property transactions and various features of individual properties,” Pritam says.

“Our interest in real estate brought both of us together,” Abhilash says. The company raised its seed round of $5.8 million at the time of starting the company.

There are many proptech businesses active in India’s booming sector, but Ivy Homes stands out as a difference since it provides rapid cash in addition to a straightforward, secure method of selling a home.

Since there is no proptech firm in the market that buys homes, according to Abhilash, there are no direct competitors. However, there are other international rivals including Opendoor, Loft, Habi, and others; none, however, operate in India.

The startup’s technology takes into account elements like built-up area, closeness to schools, and ease of access to transportation when determining the optimum pricing for a home. In order to determine the best price, it also uses a 130-point checklist during the thorough home inspection to evaluate elements including the caliber of the fixtures, plumbing, and electrical.

Bengaluru currently has Ivy Homes open for business. The firm claims to have bought 50 residences so far, half of which have been sold.

The typical home buyer is a person purchasing a residence for their own purposes (not an investor). Typically, they are buying their first house.

India lacks a central information exchange for property transaction pricing, in contrast to the majority of the developed world. We therefore had to construct it ourselves. We are a tech-focused business, and the majority of our first recruits were engineers and data scientists. We began constructing the platform in the middle of last year with the goal of having it out there for users at the start of this year, according to Pritam.

There are presently 26 members of the Ivy Homes team, including a mix of individuals with experience in technology, real estate, and finance.

Ivy Homes reported earlier this month that it had raised a seed round of $7 million in debt and equity. Along with Rebright Partners, Better Capital, Foundamental, Titan Capital, and angel investors like Vikram Chopra (Cars24), Farid Ahsan (Sharechat), Rajesh Yabaji (Blackbuck), Arun Venkatachalam, and Vellayen Subbiaih, the equity round was spearheaded by Khosla Ventures and Venture Highway (Chola Finance).

“In the top 10 cities in India, the resale market for the category of residences that Ivy is targeting is worth Rs 4 lakh crore. Home sellers find our value proposition — quick liquidity on a property — to be very compelling. Such a service is currently unavailable, which gives us a competitive advantage, the man claims.